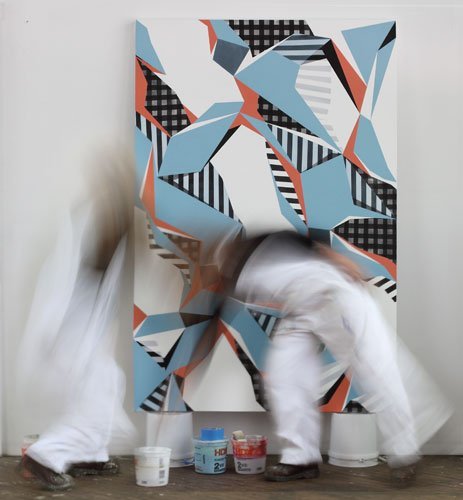 Grounded in an intuitive process, as if with a finger on humanity’s pulse, my work seeks to explore the increasingly urgent cultural and political discord reverberating through democracy.

All architectural spaces are created with both the physical and moral energy of humanity. I am particularly sensitive to the stunning, lyrical beauty of the urban origami that surrounds me in Chicago. The geometric patterns and shapes in the work have become a metaphor through which I explore this growing dissonance. The cracks, leaks and spaces that appear between the solid, pristine forms speak of an underlying fragility and warn of possible future chaos and the ultimate risk of implosion.